In 1882, a party of three homesteaders from Missouri reported they had found a "goodly land," which in 1883, was organized as Faulk County in honor of Governor Andrew J. Faulk, the third territorial governor.  A battle for county seat ensued between LaFoon and Faulkton with Faulkton the winner in 1886 upon the coming of the railroad.  The county population is a heady ethnic mix of Irish, Scandinavian, Welsh, Austrian and German.  Four Hutterite Colonies can be found in the northern sector of the county.

Among several notables from the county are Major John A. Pickler, first at-large representative from South Dakota to the United States Congress; Frank M. Byrne, eighth governor of South Dakota; Dr. Abbie. M. Jarvis, first woman licensed as a physician in the state and first woman registered pharmacist in the state. 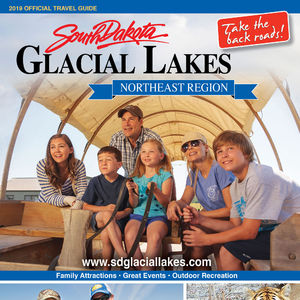